Greece – a case study to learn from 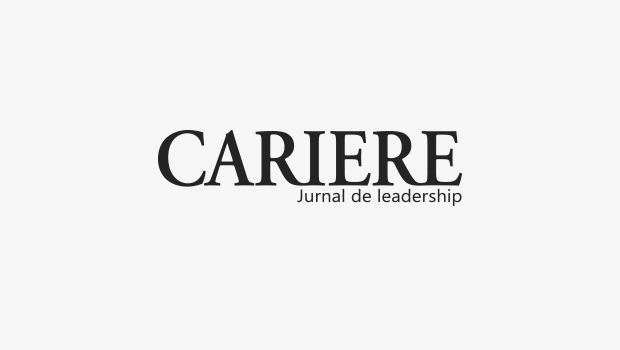 Be careful: the clock is ticking and time is running up! There is no space for delays and indecisiveness! Every one of us must be careful with budgets and costs because this crisis has not passed globally.

Until recently when you asked somebody what’s the first thing it crossed his or her mind when you said Greece, the normal answers would have been: sea, sun, vacations, islands, Acropolis, philosophy, hospitality, etc.

I have to declare that the following article is representing strictly my personal opinion and nothing else. I am not willing to be perceived as or to play the lawyer of anybody. But living and working outside Greece for almost ten years in a country that is my second home and I love a lot, I think that my home’s country case study can be a good example to learn from, for all of us that want and care for Romania to develop and succeed in the future.

Before trying to analyze the current situation in Greece and see the reasons behind it, I want to state something loud and clear: Greece and especially Athens are safe places to go. The fact that people are protesting regularly in the roads fighting for their rights to a better life has happened once in a while during the past years. It is true that some very small teams of anarchists and outlaws sometimes manage to enter into these peaceful protests and create the image of a “revolution” or “hell”. But believe me, the media know it very well, and are interested to sell the image of blood or war because this attracts audiences.

So most of the times, what is presented is an exaggerated picture that is part of an “undeclared war” against a country that is the easiest victim in order to penetrate the Euro zone and play all that financial games that in the end affect the lives of millions of innocent people in Europe. Greek like other Europeans want to have a decent life and not to carry the burden of all that games played by the banks and the aggressive funds and investors.

Now the current situation is, financially speaking, really bad. Greece has a huge deficit of around 350 billion Euros that, of course, has to be managed through loans by issuing public bonds. As we all understand it, we didn’t arrive here out of a sudden. This is the result of at least twenty years of bad fiscal policies and lost opportunities that now, with the global crisis, came on the surface and became an opportunity for the strong ones to attack!

But let’s look at the mistakes and mind that they are examples to avoid in Romania. First and most important are the public sector and the public expenses. The Greek public sector is huge in terms of people. It was “the dream” that every politician of all the ruling parties in the last thirty years was playing with. The Greek public sector constitutionally offers a permanent status to the employees and offers the maximum job security either you do or you don’t do your job. So they were putting people in postitions in exchange of votes and offered them good salaries accompanied with extra allowances that after some point in time were hard to manage.

The second reason is the unattractive taxation policies that became disincentives for foreign investors and entrepreneurs in general. You cannot expect a businessman to invest when he knows that at least 30%-40% of his money will go on taxes!

The third reason was that we didn’t allocate properly (and we had great delays) in the administration of EU Funds that we had available for development projects. Costs rose dramatically and a lot of projects were delayed or cancelled. This affected a lot of the rural development and made our country the last in the European Union in heavy industry.

Fourth reason was the entrance to the Euro zone that was made by manipulating our real fiscal data and with a tremendous raise in the cost of living due to the unavoidable “rounding up” in prices of all the goods and services. This, of course, affected tourism, the only “heavy industry” that remained, having as an effect a home decline in incomes for Greece.

Fifth reason is the huge amount of weapons that Greece is buying annually due to the strained conditions with our neighbors, the Turks. In the year 2010, a member state of EU cannot have the fear of war! That is also a mistake that EU made because they never guaranteed peaceful relationships with Turkey. But why do it, when we buy weapons from them?! Believe it or not, Greece is the no.4 weapons buyer all over the world in absolute numbers!

So, overall, when you have a country that produces far less than it consumes with unattractive taxation laws and a huge public sector, the result is the current situation!

If you ask my opinion, the future for Greeks is very pessimistic. In order to survive in the short term, the state was obliged to take measures that will affect the lives of two generations forward!! Needless to say that the measures are just fulfilling the criteria of borrowing money and we haven’t seen yet the long term strategic movements to secure the ignition of the economy and the slow but stable development through real investments.

In that context, I believe that comparing Romania with Greece, Romania has far more chances to survive. But only if you will avoid all the previously mentioned mistakes and take advantage of the funds available and structural changes that the state has to make.

The business world and the private sector will definitely play the most important role if the governments to come help by giving investors the “healthy” environment to play. But be careful: the clock is ticking and time is running up!! There is no space for delays and indecisiveness!! Every one of us must be careful with budgets and costs because the crisis has not yet passed globally. The drop in consumption that we saw last year is the bell that rings for Romania. On the other hand, the example of Greece is a free case study that we all can learn from and avoid.

At least, I am optimistic and for sure I will do my best to avoid seeing the same bad movie for a second time in a row!

He is a Greek living in Romania for eight years now. He runs his own company that deals with Human Resources. He studied marketing and in the past he worked as a sales consultant for various large companies. 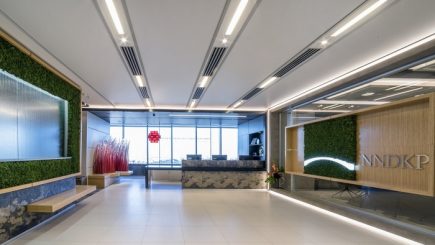 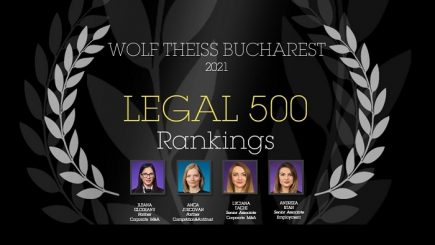 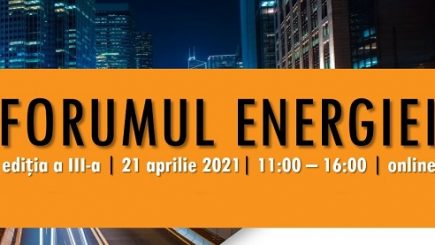